Roxton met Herki, known for their folk-inspired vocal and guitar loops, are fresh out of the studio after recording Slightly Ajar, their first album as a duo. However, this is not your average sit-around-the-fire folk music; it is transcendental African folk, brought to its full potential with layers of vocal play and ‘nu folk’ rhythms.

“Ours is a message of honesty and responsibility,” Josh Roxton explains. “We have to be honest to ourselves and to those around us, and we have to take responsibility for our own lives. All the elements of our music have combined symbiotically to convey this in an inspirational performance.”

Josh Roxton is an indie artist with a phenomenal vocal ability and unique sound. A self-taught solo acoustic artist, he makes even the most skeptical of critics sit up and take notice. After fronting various bands for many years he decided to go it solo in early 2011. In that year he won the Gibson Acoustic Competition, the Marshall Music ‘Home of the Acoustic Guitar’ Competition and placed second in the Paco Rabanne Black XS Varsity Talent Competition.

It was not until 2015 that Roxton joined forces with a glorious fire bearded man by the name of Herki. His strictly no sticks approach is as refreshing as it is innovative. Armed with his cajon, kick drum and tambourine, he sets the pace and the mood with percussive precision. Together, they have toured the country and graced festival stages such as Synergy Live, Wacky Wine Weekend, Malkop Rock Festival, Smoking Dragon Festival and Up the Creek. 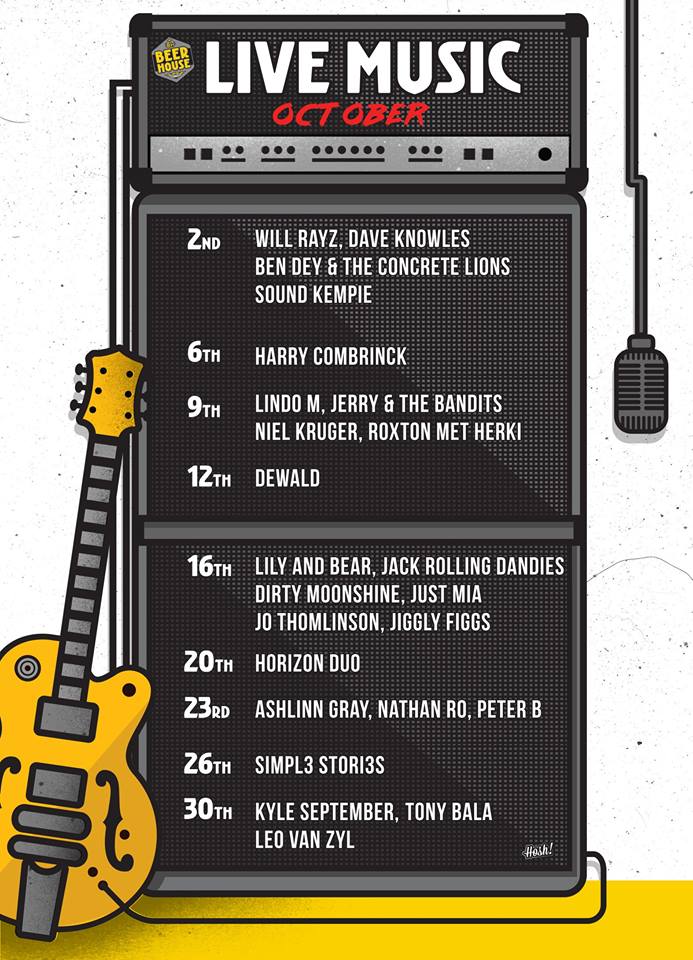 In reply toChambers
4 years ago
@CHAMBERSAKE Could say there very same thing about you brother! Rad meeting you. Hope we cross paths again
View on Twitter
1 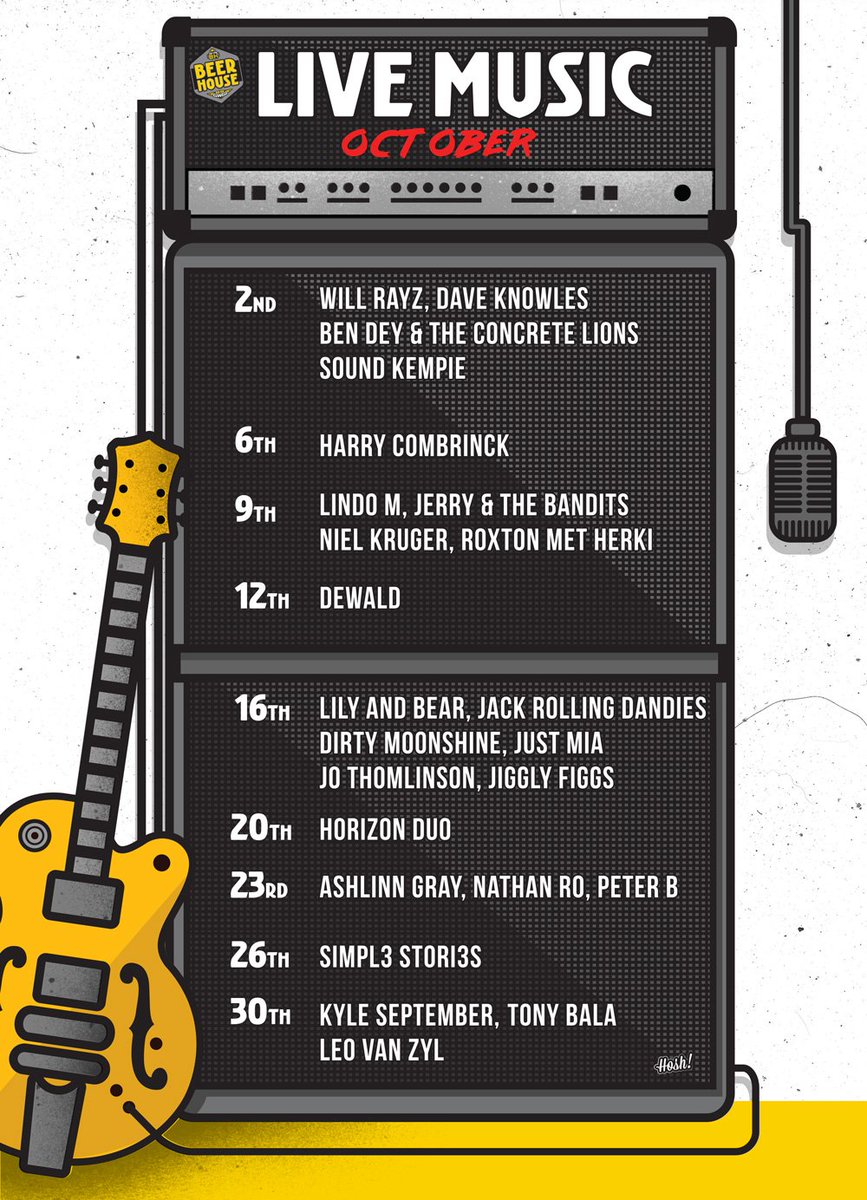 Beerhouse Fourways @BEERHOUSE4ways
This Sunday we have the following killer Live Music line-up from 2PM - 7PM: 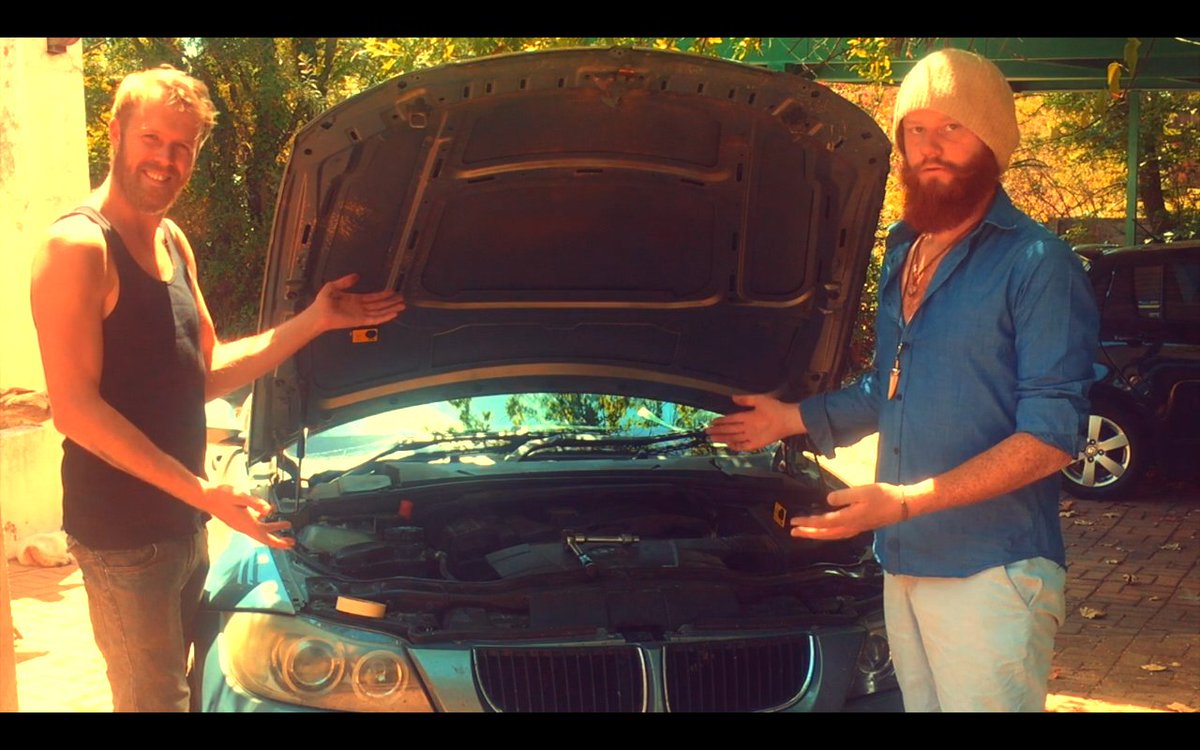